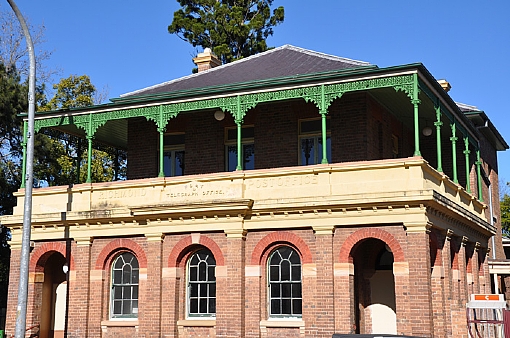 The original inhabitants of the Hawkesbury area were the Darug people. The Darug were the custodians of the majority of what is now the Greater Sydney region. They were divided into a number of different 'clans', whose quick demise upon European settlement has sadly resulted in very little information remaining on how they utilised the local area.

Discovered by Europeans in 1789, the Hawkesbury Region was one of the earliest colonial settlements in Australia, and many of the buildings since those days have survived in the region creating a "time capsule" of Australian colonial history.

Since 1794, when the first 22 Europeans settlers arrived to farm their 30 acres, the area has been supplying fresh produce to Sydney and this continues right up to today, with many of the descendants from the first settlers still working and living in the district.

Take a walk around Windsor and you will see Colonial buildings still being used for its' original purposes. The Macquarie Arms Hotel, first licensed in 1815 is still serving drinks to thirsty travellers. St Matthew's Catholic Church, built in 1840 runs the oldest Catholic School in Australia. If you have a brush with the law, your fate will still be decided at the Sir Francis Greenway designed Windsor Court House, built in 1822, or you could do your penance at another Francis Greenway structure, St Matthews Anglican Church built in 1817.

The narrow streets around Windsor are full of examples of the type of houses which prevailed in the 1840's, most being still used as residential homes.

On the Eastern side of Windsor is Thompson Square, named after Andrew Thompson, an early pioneer that came to Australia as a convict and later became a magistrate. The Hawkesbury Historical Society holds occasional re-enactment activities here, and for further information Tel: 4560 4466.

On the other side of Windsor on Palmer Street is the Tebbutt Observatory, built in 1879. Here, John Tebbutt contributed to early pioneer astronomy and some of his observations and sightings are recognized worldwide.

Just five minutes away from Windsor is the town of Richmond, where there are an abundant number of historical buildings. The Richmond School of Arts is still administered as an entertainment venue by the same society established in 1861. The building was opened by the then Premier Of NSW, Sir Henry Parkes, Father of the Federation.

Apart from the historical churches, post office building and courthouse, there are a number of Victorian mansions still in their full glory. These can be seen along March Street, West Market Street and Windsor Street, most are still used as private residences. Within the Hawkesbury Region, it is not only the major towns where colonial buildings abound. A drive along the countryside will reveal more. At some remote areas such as St Albans and Wiseman's Ferry some of the heritage buildings now offer lodging to visitors. The Settlers Arms Inn at St Albans, built in 1842 has been restored as a popular drinking hole and is once again attracting visitors from far and wide despite being accessible only by car ferry and 20km of unsealed road.

Take a drive north-east of Windsor and you will come across Australia's oldest church in Ebenezer. The Ebenezer Church has been a place of worship for the Presbyterians since 1809 and is now a member of the Uniting Church in Australia and still holding services every Sunday at 8:30am. On the same grounds is the Schoolmaster's House built in 1817 which is now beautifully preserved as a museum with a girl and pioneer girl shop. Outside, in its parkland setting, the local volunteers will serve you Devonshire Teas. Open every day from 10:00am to 3.30pm, it is located at Coromandel Road, Ebenezer (off Tizzana Road). For more information telephone (02) 4579 9350.

Meet David and Katherine - but only if you have the sixth sense - for they have been inhabiting the area since 1830. Janice Hart's Ghost Tours will prove to you that Colonial History really has a presence. The tour runs every Saturday evening or by charter and takes you around some historically significant areas around Windsor. Janice's lively, informative and perhaps a little bawdy commentary will give you a whole new perspective to Australian history. Arrive with a pair of good walking shoes and you will be armed with a citronella oil lamp and lead into the darker side Windsor. If you dare not step into the "other side", then perhaps you would prefer the Historic Hot Spots Tour during the day time. Booking is necessary on (02) 4575 1421.

Tangible history is also served for the whole family at the Australian Pioneer Village at Rose Street, Wilberforce. Amongst 30 acres of parkland setting are over 24 authentic 1800's buildings recreating a town of bygone days. There is also a collection of antique farm machinery and sheep shearing, whip cracking, sheep dogs, horse carriage rides and "pony" rides on Clydesdale horses. There are picnic grounds with BBQ facilities and a restaurant. Open 10am-4:30pm, Sundays and Public Holidays or by booking on other days. Tel: 0438 751 775.

About 15 minutes south east of Windsor is Rouse Hill Estate which has been preserved through six generations and 180 years of continuous occupation by one family - the Rouses and Terrys. At the heart of the property lies a neo-classical sandstone dwelling built between 1813 and 1818 by convict labourers. You can trace their chequered history as you journey through the Georgian house and its eclectic furnishings, roam around the oldest surviving garden in Australia and venture through the Horbury Hunt stables. Due to the fragile nature of this site, visitors can only view the property via a guided tour which is 90 minutes in duration. Clothing and footwear for a rural ramble are strongly advised. Rouse Hill Estate is open Wednesday, Thursday and Sunday 10am-4pm. Located on Guntawong Road (off Windsor Road), Rouse Hill 2155. Booking is essential by telephoning (02) 9627 6777. Open daily during NSW public school holidays, closed Good Friday and Christmas Day. 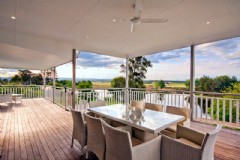 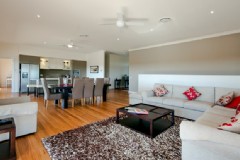