On The Hawkesbury River Hawkesbury River Canoe Classic
The magic 111km overnight race from Windsor Bridge to Brooklyn under the watchful eye of the full moon. 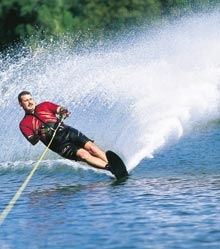 Surrounded by National Parks, dotted with secluded river communities, the Hawkesbury River is navigable for over 100 kilometres with 1100 kilometres of foreshore fringe. You could cruise and explore these waters for weeks and still not see it all. Spend a peaceful overnight anchorage in a hired boat or a waterfront house and wake up to the call of Kookaburras, Whip Birds, Sea Eagles and the lapping of the tides. Or do it yourself on a house boat. Set you own itinerary and be your own captain! The Hawkesbury region boasts more than 5 houseboat operators offering boats with berths from 2 to 12 people. Great for family holidays or even for a group of friends. The Hawkesbury is a safe and scenic spot for a houseboat holiday.

This popular tour is now operating on a new boat with a new company! Hawkesbury Cruises has warmly welcomed cruisers young and young-at-heart since 2001, specialising in Seniors' travel. Our coffee is real, our tea is hot, and our famous ANZAC biscuits are home-made daily to Grandma's recipe! Sitting back, with the magnificent scenery of the Hawkesbury Valley around you – you could be a million miles from anywhere! Whether it be from the river bank or from a boat, the Hawkesbury has abundant fish life – from mullet to flounder, flat head to snapper – an anglers dream! 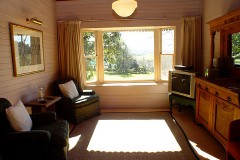