The island has a community owned shop next to the ferry wharf that serves light snacks, coffee, breakfast and lunch. It also sells groceries and has a good supply of meat. On the weekend the Dangar Island Bowling Club, which is licensed, serves meals and you can play bowls.

Simply a short journey off the F3 freeway to Brooklyn, the island can only be accessed by water. Rich in European and indigenous history, Dangar Island is a one-off environment and rewards ferry-born visitors with some interesting photographic angles on one of the most significant waterways in the Sydney region. 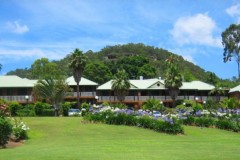 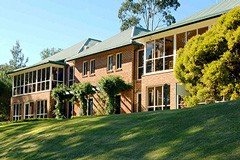