Dural is located approximately 35 kilometres northwest of the Sydney CBD in the Shire of Baulkham Hills.

The original inhabitants of the Dural area were the Darug people. The Darug were the custodians of the majority of what is now the Greater Sydney region. They were divided into a number of different ‘clans’, whose quick demise upon European settlement has sadly resulted in very little information remaining on how they utilised the local area. The name Dural was derived from a Darug word "Dooral Dooral", which means 'a smoking tree', a word that is believed to have been used in response to the early settlers action of burning stumps after logging.

A garden, orchard, nursery and hobby farm district set in the western rural quarter of the Hornsby Shire in Sydney's north-west where horse and rider often demand the right of way, Dural is not only a green oasis to counter-balance the hustle and bustle of Australia's largest city. It is just the place to rid yourself of the office blues with a couple of hours on a riding trail or browsing the art and craft galleries which characterise the area. It is also just a short, scenic drive from Koala Park at West Pennant Hills and the nearby Cumberland State Forest, a bushland oasis which features a sensory trail. Dural is a relaxed, convenient base to explore the cradle of the nation. A network of highways and freeways bring the harbour and city within comfortable driving distance, while the historic Hawkesbury River towns of Richmond and Windsor are just a few kilometres from Dural. You can also strike south-west across country to Parramatta and beyond to the Blue Mountains, while a foray to the east takes in Sydney's peerless national park, Ku-ring-gai Chase and its waterways.

For many years this peaceful area was utilised for timber cutting and fruit growing. In 1802 Governor King included the area in a government reserve, but the first grant in the area was made to George Hall in 1819. In it’s early years, the area supplied much of Sydney’s produce demand and in the 20th Century built a reputation around the excellent quality of its nurseries.

The village offers a unique rural experience, close to a major city. Dural has many attractions including: an immense array of nurseries, fruit orchards, hobby farms and art and craft galleries. Dural is an ideal location for a scenic drive offering romantic vistas and roadside stalls of fresh flowers and produce, all providing for a rewarding experience. The historic “Roughley House’ (1856) at Dural hosts a popular monthly concert on its lawns called, ‘Jazz at the Pines’. 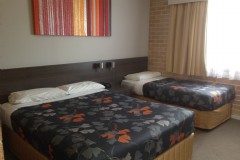 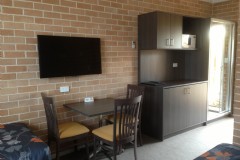 In the heart of the Hawkesbury
Related Pages