Galston is located approximately 40 kilometres northwest of the Sydney CBD in the Shire of Hornsby.

The original inhabitants of the Galston area were the Darug people. The Darug were the custodians of the majority of what is now the Greater Sydney region. They were divided into a number of different ‘clans’, whose quick demise upon European settlement has sadly resulted in very little information remaining on how the local area was utilised.

A pleasant semi-rural suburb at the northern edge of Sydney, Galston was originally known as Upper Dural. In 1886, Alex Hutchinson suggested that the small hamlet, about 3 kilometres north of Dural, should have a change of name to give it an identity of its own. He named it Galston, after a Scottish town near Kilmamock, an area famous for its coal output.

Galston has successfully retained its serene, peaceful atmosphere. It offers boutique galleries and bazaars, nurseries with garden cafes and a multitude of bushwalks through the Galston Gorge. It is also home to the Galston Country Music Festival in September each year, which attracts thousands of people from around Australia.

Galston Recreation Reserve offers a playground and oval, picnic tables and BBQ's and has a circuit walking track / bike path. 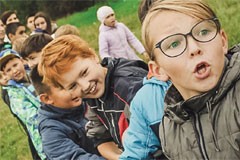 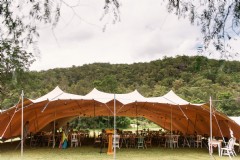