Kellyville is located approx 36 kilometres from Sydney CBD. This area was originally known as There and Nowhere, followed by Irish Town, as a large number of Irish people lived in the district.

The original inhabitants of the Kellyville area were the Darug people. The Darug were the custodians of the majority of what is now the Greater Sydney region. They were divided into a number of different ‘clans’, whose quick demise upon European settlement has sadly resulted in very little information remaining on how the local area was utilised.

Convict Hugh Kelly arrived in May 1803, married his older widowed mistress Mary Evans and established a licensed inn ‘The Half Way House’ that became ‘The Bird in the Hand’, on the corner of Wrights and Windsor Roads. After Kelly's death in 1884, John Fitzgerald Burns, James Green and George Withers purchased portions of several early land grants, which were subdivided into farmlets as part of the ‘Kellyville Estate’, thereby giving the suburb its name.

Kellyville is a major growth area in The Hills. Further development in the area following the release of new land is expected to contribute to an increase in population for The Hills by 40,000 in the next 15-20 years. The new town development will include an extensive shopping precinct, restaurants, a mini-university campus and growers market.

Kellyville Plaza features a Coles supermarket and specialty shops including a National Pharmacies store. Woolworths is located next door. Other shopping areas and various shops are located on a light commercial strip in an area known as 'The Village' on Windsor Road, Kellyville.

The Bernie Mullane Sporting Complex provides for a wide range of indoor and outdoor health, recreational and sporting programs and services. 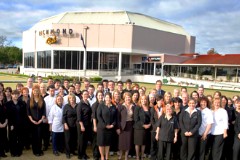 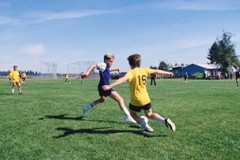