Pennant Hills is located approximately 28 kilometres north-west of the Sydney CBD. Positioned in the flourishing Hills area of Hornsby Shire, Pennant Hills is held in esteem by both residents and visitors alike.

The tree lined suburb consists of a comfortable yet active trade centre, surrounded by regional parklands of significance. Pennant Hills Park hosts a variety of natural bush walking trails, that all lead into the impressive Berowra Valley Regional Park. The area was first explored by Governor Arthur Phillip shortly after 15 April 1788. It was noted that the party saw 'fine views' of the Blue Mountains.

It is also within comfortable day-tripping distance of such delightful and historic Hawkesbury River towns as Wisemans Ferry, Windsor, Pitt Town and Richmond, and the apple towns of Kurrajong and Bilpin on the Bells Line of Road approach to the Blue Mountains. 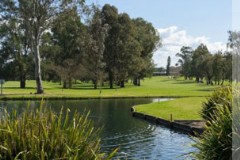