The original inhabitants of the Rouse Hill area were the Darug people. The Darug were the custodians of the majority of what is now the Greater Sydney region. They were divided into a number of different ‘clans’, whose quick demise upon European settlement has sadly resulted in very little information remaining on how the local area was utilised.

Rouse Hill is named after the estate of a free settler, Richard Rouse, who arrived in the colony in 1801. He was given a grant of 450 acres in 1816 at Vinegar Hill. Governor Macquarie suggested that the estate be called Rouse Hill. Historians believe this action was taken so the convict association with the area after the Battle of Vinegar Hill would be removed. The battle took place in 1804 between escaped Irish convicts and government-civilian troops. After the fighting, the area became known as Vinegar Hill after a site in County Wexford, Ireland, where Irish and English forces had clashed in 1798.

Rouse Hill is the entrance way to the Hawkesbury Valley. The Town Centre is located on the corner of Windsor Road and White Hart Drive. The Shopping Centre is a true town centre with streets, a Town Square, outdoor dining and a mix of indoor and outdoor spaces.

The Centre encompasses major retailers such as:

Explore the many cafes, entertainment and fine dining venues. 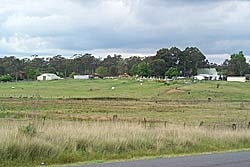 While you are here visit Rouse Hill House and its surrounding regional park. This house has been in one family for generations until it was passed over to the Historic Houses Trust in 1998.

Rouse Hill is expanding with new land and package deals. "The New Rouse Hill" is a thriving new community in Sydney’s beautiful Hills District. The New Rouse Hill will become home to approximately 4500 residents upon completion.

Living in Rouse Hill you will be close to everything you’ll ever need including parks and open spaces, the Rouse Hill Town Centre, Schools and established transport networks. 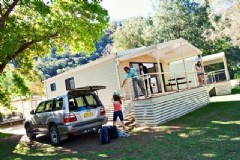 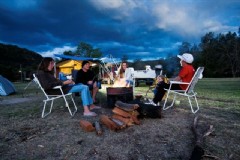