This name was used originally for the area of Rouse Hill. In 1804 a battle took place in the locality between escaped Irish convicts and government-civilian troops. The area became known as Vinegar Hill after a place in County Wexford, Ireland, where Irish and English forces had clashed in 1798. The Rouse family later had the area renamed Rouse Hill. 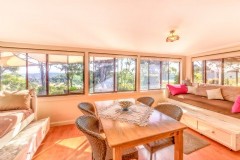