Opening on Saturday 4 March are Visions of Utopia, Hill End: Seven Decades and Rochelle Summerfield: A Wayfarer on the Nepean. These three exhibitions give regional audiences an opportunity to view artworks from some of Australia’s most acclaimed artists, and to discover the quirky art and animation of Rochelle Summerfield.

Visions of Utopia presents the work of thirty Australian artists who have pursued a visual language concerned with the formal elements of painting, colour, design, and form, understood as ‘Non-Objective’ art. By tapping the visual language of abstract forms and colours Non-Objective art transcends cultural and physical boundaries, to express and convey universal human emotions and ideas.

Non-Objective art has been explored by many artists over the last eight decades. Visions of Utopia looks at this tradition through historically significant works form artists including: Ralph Balson, Frank Hinder, Sydney Ball, Grace Crowley and Jon Plapp.

Visions of Utopia is a touring exhibition from Wollongong Art Gallery curated by Andrew Christofides and is on exhibition in the Main Gallery from the 4 March to 21 May.

Penrith Regional Gallery will join its sister institution Bathurst Regional Art Gallery in celebrating the 70th anniversary of the Hill End artist community and residency with the opening of Hill End - Seven Decades on 4 March. The exhibition traces seventy years of artistic response to the well-known historic Australian goldmining township, Hill End.  Audiences will receive a glimpse of Hill End as a site of sustained and ongoing artistic endeavour.

Hill End: Seven Decades is a Bathurst Regional Art Gallery exhibition curated by Sarah Gürich and will be on exhibition in Lewers House at Penrith Regional Gallery & The Lewers Bequest from 4 March – 21 May 2017.

Rochelle Summerfield’s A Wayfarer on the Nepean presents an artist’s solitary meditation on the Nepean River following her recent Summer Studio Residency at Penrith Regional Gallery. Based in northern NSW near Grafton on the Clarence River, Rochelle Summerfield spent her time in residence exploring and considering the Nepean as a river scape. While in Penrith Summerfield camped at the caravan park, observing the river at close proximity. She cycled daily to the Gallery taking photos and making sketches along the way. The result is a series of artworks which depict a cultured and gendered space –all with a darkly humourous nod and a wink.

My experience of the Nepean River was one of contradiction and love.

The artworks that I have produced explore and puzzle human transformation through paradox. The more we domesticate the landscape the more we search to find connection to the ‘wild’ in ourselves and in nature.  The star of this work is a sassy female protagonist situated within rich, lush NSW river-scapes.  Her challenges involve contradictory relationships and human frailties, and her quest is to find her voice, knowledge and connection with the Australian environment. – Rochelle Summerfield

Rochelle Summerfield is available for interview with regard to her artwork and her Penrith camping experience. 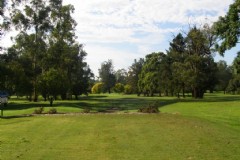 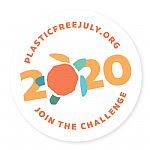 Can You Go Plastic Free for July 2020?
Join millions of people reducing their plastic waste.

Here’s Why We Can’t Stop Getting Lost in National Parks
As national parks and trails across Australia spring back to life post-pandemic,... 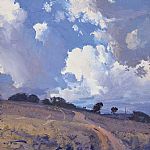 GIVIT and TAUBMANS ‘In It Together’ fundraiser for regional communities reaches $150,000
Isolating DIYers and professional painters have raised an incredible $150,000...

When a Free Drink on Vacation can Save the Environment
It’s not every week a researcher finds the actual answer to her academic...
More News »