It’s Better to Ovary-Act than Not Member for Macquarie Susan Templeman, ABC Q&A producer Amanda Collinge, and Member for Paterson Meryl Swanson in Federal Parliament this week. All three women were friends of the late Jill Emberson.
Federal Member for Macquarie Susan Templeman has urged women across the Hawkesbury to ensure they can recognise the symptoms of one of the country’s most deadly cancers for women as Ovarian Cancer Awareness Month draws to a close.

Ms Templeman spoke about the issue in parliament on February 26, paying tribute to her friend and former ABC journalist Jill Emberson who succumbed to the disease late last year.

She joined colleagues from across the political spectrum at Parliament House this week for a series of events designed to raise awareness of the symptoms of ovarian cancer during the last parliamentary sitting week in February, Ovarian Cancer Awareness Month.

“She bravely continued to lobby the government for research funding into this disease, writing her final letter to the Health Minister just two days before she died last December.

“This year, we honoured Jill and all the beloved women that we have lost to this terrible disease.

“In Australia, the five-year survival rate for women diagnosed with ovarian cancer is 46 per cent. This compares to 91 per cent for those diagnosed with breast cancer.

“Every year more than 1,500 Australian women are diagnosed with ovarian cancer, and more than 1,000 die from the disease. Every day, four women will be diagnosed and three will die.

“There is no effective screening program for ovarian cancer, so the best way to detect it is to know the signs and symptoms.

“Unfortunately, these can often be vague and similar to other medical conditions, but it’s really important for women to see their GP if you experience any of them, particularly if it’s unusual or persistent.

“I don’t want other people to lose their friends. You know your body best, so trust your instincts and be aware of the symptoms.

“As Ovarian Cancer Australia points out, it’s OK to ovary-react." 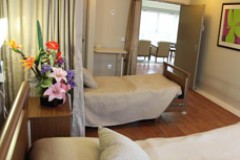 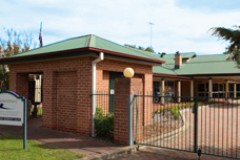