Templeman fighting to support young people in the Hawkesbury 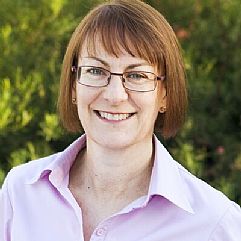 Headspace provides a range of services to young people aged between 12 and 25 to support their health and wellbeing. “We needed a Headspace before the fires, we needed it before the floods, and we have needed it throughout this pandemic,” she told the House of Representatives last month. “Just hinting about something that this government could deliver right now and should have delivered eight years ago doesn't cut it.”

Elected to the Federal Parliament in 2016, Susan was formerly a journalist. Since entering politics, 11 years ago, she has been committed to driving change for people living in the Blue Mountains and Hawkesbury. “I worry when people think that politics is made up of ‘politicians’, because I just see myself as a mum, a daughter of someone in aged care and former small business owner who recognises that all our lives are different and we all have different needs,” she said.

According to the Labor MP, her daughter Phoebe’s first experience of mental illness took a toll on her family. In Parliament last month, she said that the fight for better mental health services is personal. “My community knows this. I know the difference good local services can make to a young person and to their family. This is my why,” she said.

Susan said she was unaware of the challenges for young people entering the mental health system before her daughter was suicidal. They tried accessing support through the emergency departments when Phoebe was a teenager, but the support she received was costly, with little result. “What I’d love to see is that there are multiple entry points through your life where you can access support,” she said. “Wouldn’t it be great to know that it’s not the size of your wallet that determined how good the mental health support was, it was just the fact that you had a Medicare card?”

Susan says there is an urgent need for a Headspace in the Hawkesbury and hopes to see allocated funding for it announced before the next election. She is particularly concerned that Hawkesbury hospital does not have any mental health capacity, leaving young people without access to mental health services locally. “It's a massive area, and young people are scattered across it. Yet they do not have a place that they can go and say, ‘I need help.’ This is becoming a huge problem,” she wrote in a media release earlier this month. “We need action now.”

She believes that Australia is suffering and improving mental services should be a priority irrespective of who is in government. “It’s my job to advocate in parliament and with ministers about the things that this community needs,” she said. “I’d love to see that if someone is feeling suicidal their only option is not to go to hospital. A Headspace is a bit of a hub for holistic advice, guidance, and support for someone. Everything from supporting them through study and to find work as well as the medical support that they might need… Plus, really importantly, the peer support that they get there.”

Susan says that governments are there to support people, and her party’s commitment is to stand up for her community. “If your life is going fantastically, that’s great. If it’s not, they’re the group of people that we need to be fighting for,” she said. “Quite frankly, any of us tomorrow could wake up with our lives fundamentally changed, as ours was.” 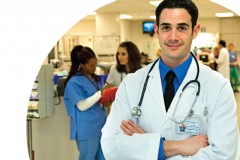